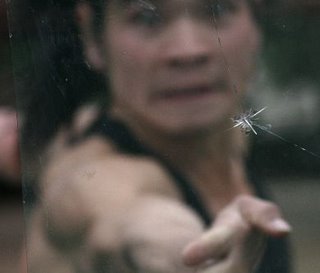 Shaolin is renowned for its martial arts prowess and fighting abilities. Apparently, a 26-year-old martial arts instructor - previously from Shaolin - is able to throw a needle powerful enough to pierce through a 2 millimeters thick glass. Fu Fei Hong studied martial arts in Shaolin for 14 years since the age of 10. Determined to create a new skill, he started practicing this “flying needle” skill since the age of 14. In order to master this skill, he had to keep throwing needles everyday - with a highest record of throwing over 5,000 needles in a day. With his current skills, he has a 80% chance of successfully casting a needle that pierces through the glass.