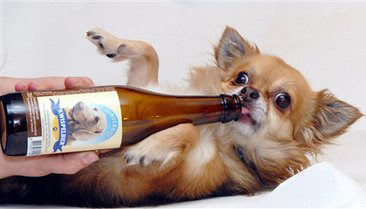 Benito, a 5-year-old Chihuahua, drinks beer from a bowl in the southern town of Hulst, Netherlands, Sunday Jan. 21, 2007. Terrie Berenden, a pet shop owner in the town of Zelhem created a non-alcoholic beer for her Weimaraner dog made from beef extract and malt, and consigned a local brewery to make and bottle the beer, called Kwispelbier, after the word "kwispel", which is Dutch for wagging a tail.

The beer is fit for human consumption, Berenden said. But at euro1.65 ($2.14) a bottle, it's about four times more expensive than a Heineken. 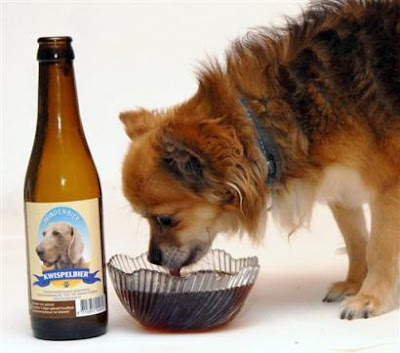 Unknown said…
Oh, at last my doggies will be happy to know that humans do think of them n their taste. LOL!!