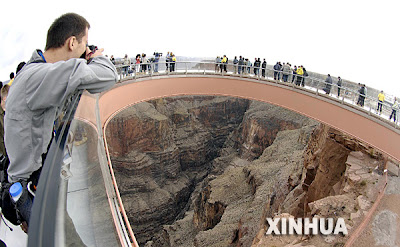 The Grand Canyon Skywalk has just received its first visitors. It will be open to the public on March 28, 2007.

Indian leaders and former astronauts stepped gingerly beyond the Grand Canyon's rim Tuesday, staring through the glass floor and into the 4,000-foot (1,220 meter) chasm below during the opening ceremony for a new observation deck.

A few members of the Hualapai Indian Tribe, which allowed the Grand Canyon Skywalk to be built, hopped up and down on the horseshoe-shaped structure. At its edge — 70 feet (20 meter) beyond the rim — the group peeked over the glass wall.

"I can hear the glass cracking!" Hualapai Chairman Charlie Vaughn said playfully. The deck is anchored deep into a limestone cliff. As people walk across it, the glass layers creak and the deck wobbles almost imperceptibly. To one side, the Colorado river appears as a slim, pea-green ribbon. To the other is a triangular dip in the canyon's ridge, known as "Eagle Point" because it looks like a bird with outstretched wings.

When the wind blows, only the most daring visitors resist grabbing the steel rail to steady their knees.


More pictures after the jump. Click on images for larger views. 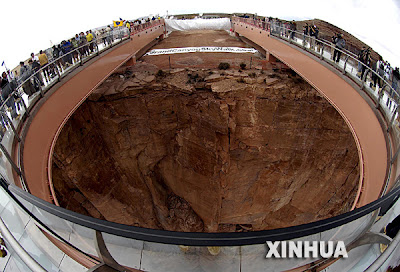 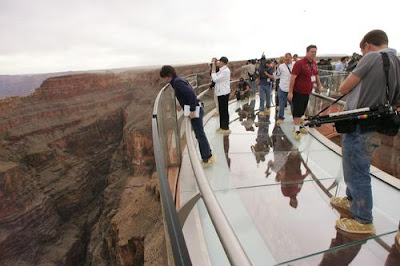 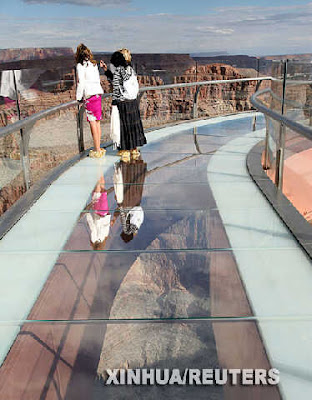 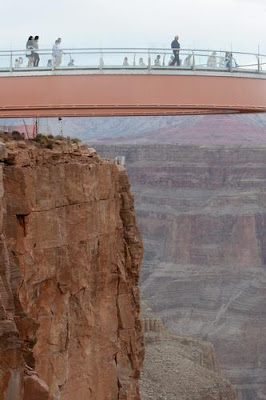 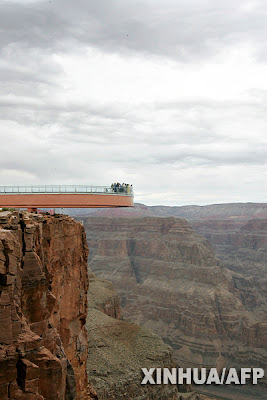 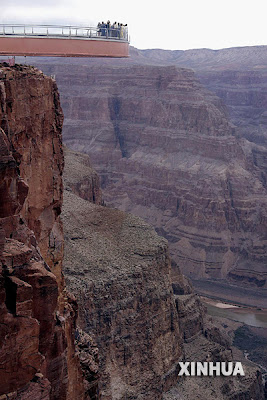 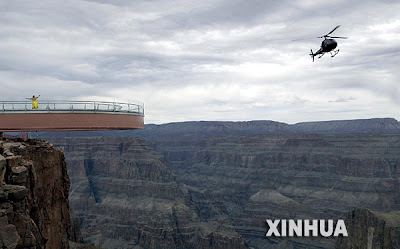 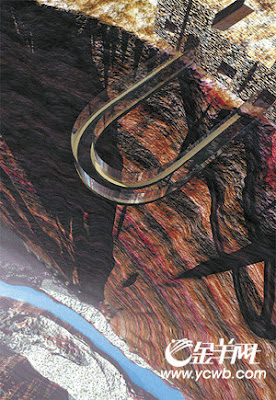