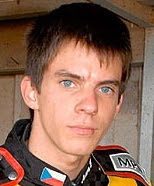 A Czech speedway driver knocked unconscious in a crash stunned ambulance drivers when he woke up speaking perfect English.

18-year-old Matej Kus was out cold for 45 minutes after the crash, but when he woke up he conversed fluidly in English with paramedics, even speaking in an English accent.

The teenager had just begun to study the language and his skills were described by friends and team-mates as “basic at best”. Before his crash Matej's use of the English language was broken, to put it mildly.

Unfortunately, the speedway driver's new found skills didn’t last and he remembers nothing of the accident or the following two days. He is now keen to pursue studies in English.