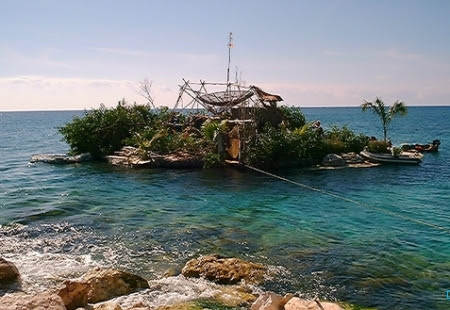 Spiral Island was a floating artificial island in a lagoon near Puerto Aventuras, on the Caribbean coast of Mexico south of Cancún. It was built by British eco-pioneer Richart (or "Rishi") Sowa beginning in 1998; he filled nets with empty discarded plastic bottles to support a structure of plywood and bamboo, on which he poured sand and planted numerous plants, including mangroves.

It was destroyed by Hurricane Emily in 2005. In August 2007, Sowa announced that he will rebuild Spiral Island.