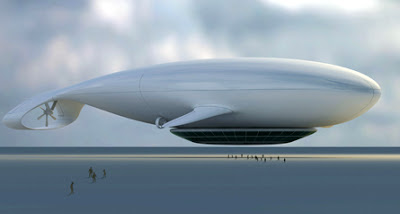 Manned Cloud is a flying hotel proposed by French designer Jean-Marie Massaud. The whale-shaped airship, developed with French national aerospace research body ONERA, will be able to accommodate 40 guests and have a range of 5,000 km. Manned Cloud will have a cruising speed of 130 km/h and a top speed of 170 km/h. Two two-deck cabin will contain amenities including a restaurant, a library, a fitness suite and a spa. There will also be a sun deck on top of the double helium-filled envelopes. 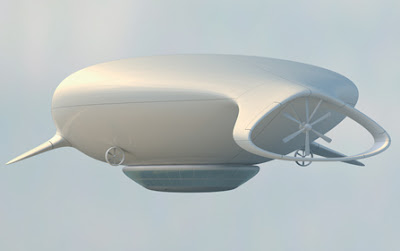 More pictures and details after the jump.