Breeding flies as a global business 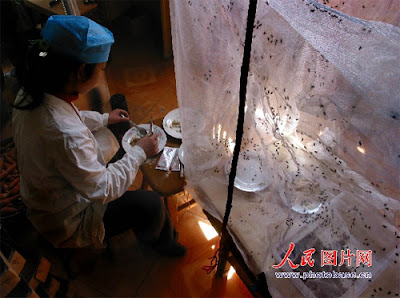 In Shandong Province, China, a woman has setup a breeding farm for flies. These insects may seem disgusting for most of us, but to Ai Baorong, these are beautiful little "angels".

Ai Baorong, a Jinan University graduate, was seeking employment in every way after her graduation, but was unsuccessful in finding her ideal job. She tried selling mats and even opened a small shop, and in the end a report which mentioned raising bugs to become rich initiated her enormous interest.

She then decided to study the techniques to breed insects at Shandong Province agricultural college, and went on to breed flies and worms in her hometown.

Baorong has since started to breed houseflies. Each maggot contains 60% protein, 15% fat, but also has some vitamins, and its protein nutritional value is several times higher compared to animal protein.

After the cleansing, deodorization and dehydration processes, the concentrated protein can be used for the production of soy sauce and MSG - which makes it a product with great market value.

Presently, Ai Baorong's insect cultivation base has already achieved a monthly stock of 30 tons of live insects, with customers from Korea and the United Kingdom.

More images after the jump. 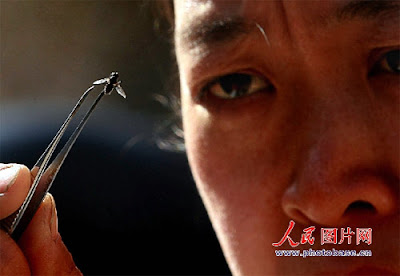 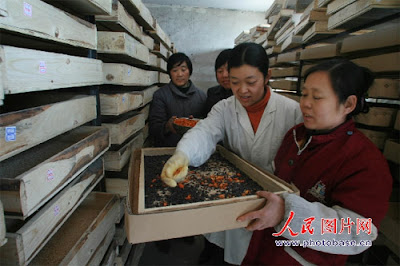 Spluch said…
It seems that the protein of fly maggot can be made into health care food and etc, so I guess it might actually be used as a food ingredient.