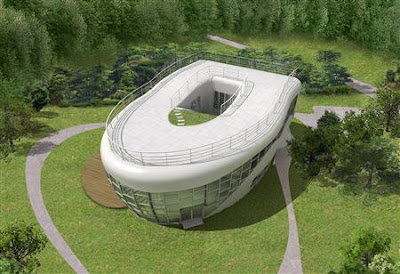 Sim Jae-Duck was born in a restroom and now he plans to live and die in one -- a 1.6 million dollar toilet-shaped house designed to promote his tireless campaign for cleaner loos worldwide. Sim will open what is billed as the world's one and only toilet house on November 11 to mark the launch of his World Toilet Association.

The 419-square-metre (4,508-sq-foot) concrete and glass structure is rising on the site of Sim's former home in his native city of Suweon, 40 kilometres (24 miles) south of Seoul.

"A showcase bathroom screened by a glass wall is located in its centre, while other toilets have elegant fittings or water conservation devices," Sim told AFP. 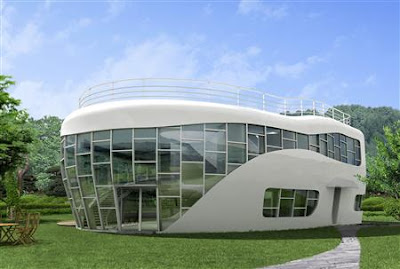 The showcase loo will feature a device producing a mist to make users feel secure. An electronic sensor will raise the lid automatically when people enter, and there will also be music for patrons.

The house, complete with a stream and small garden in front, is named Haewoojae, meaning "a place of sanctuary where one can solve one's worries".

Before he moves in, anyone who is flush with funds can rent it for 50,000 dollars a day -- with proceeds going to his campaign to provide poor countries with proper sanitary facilities.