Man Banned From Breaking Wind in a Club 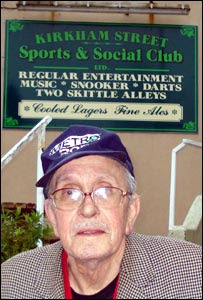 A social club in Devon has banned a 77-year-old man from breaking wind while indoors.

Maurice Fox received a letter from Kirkham Street Sports and Social Club in Paignton asking him to consider his actions, which "disgusted" members.

He said he had to leave the club about three times a night and added "I think someone has complained about the noise. I am a loud farter, but there is no smell."

Anonymous said…
The poor old man obviously has something wrong with his sense of smell.
05 December, 2007 13:16